Only one in five of England’s largest councils are confident of setting a balanced budget next year without dramatic reductions to frontline services, according to an Autumn Budget Survey by County Councils Network (CCN).

The survey comes as the network predicts a £1.7bn funding shortfall next year for their 36 councils, which is likely to be exacerbated by the second lockdown.

CCN says that the Autumn Budget Survey shows a failure to provide more funding for councils at this month’s Spending Review will result in local authorities implementing ‘visible and damaging changes’ to frontline services next year to balance their budgets, and could hamper their efforts to continue to tackle the spread of coronavirus.

England’s largest county and unitary councils said that after years of austerity, there is limited scope to reduce non-care services such as libraries, bus routes, and school transport. This means that the most severe reductions are likely to fall on social care services, despite pressures created by coronavirus.

The CCN Autumn Budget Survey received a 100% response rate, and shows that over the next two years:

Councils say that Government has provided emergency funding to cover the majority of additional council expenditure to date as a result of the virus, but they face millions in potential unfunded lost income from Council Tax and business rates. Every council in the survey said that lost Council Tax income would impact on their finances moderately (29%) or severely (71%) next year.

CCN says these losses could run to £800m next year, increasing the 36 councils’ funding gap next year to £2.2bn. So far, councils say they have been able to identify £485m worth of savings, leaving a £1.7bn gap.

At this month’s Spending Review, councils say Government needs to make a multi-billion-pound commitment to increase council funding for the next year alongside an ‘income guarantee’ to protect councils against losses in local taxation.

Councillor David Williams, Chairman of the County Councils Network, said of the CCN's Autumn Budget Survey findings, 'Over the past decade, councils have done all they can to protect frontline services, transforming their organisations so they are more efficient. But as this survey shows, we are quickly running out of ways to meet the funding shortfall without dramatic reductions which will make visible and damaging changes to highly-valued services.

'The financial support provided by government over the past year has been very welcome. But even before the onslaught of a second wave, councils were facing difficult choices and they are now left with little room to manoeuvre over the coming months as they face further escalating costs resulting in an immediate cliff-edge next year.

'Councils have pulled out all the stops throughout this pandemic to protect residents, maintain vital services and support the economic recovery. To ensure that they can continue to do whatever it takes over the winter to combat coronavirus and to prevent severe reductions to services next year, they need a significant increase in funding for 2021/22, alongside an income guarantee to protect against losses in Council Tax.' 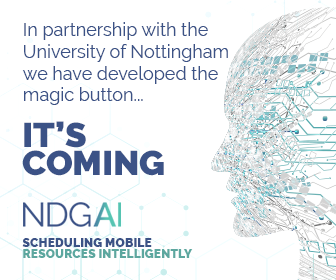