A new stop-motion animation created by people with learning disabilities and their support workers in Devon, is hoping to raise awareness of climate change this summer.

The animation was released as the G7 summit commenced in Cornwall and it aims to highlight how the impact of climate change can directly affect marginalised people – such as those with disabilities.

World leaders including, Angela Merkel and Joe Biden, will this weekend meet at the Carbis Bay Hotel in Cornwall to discuss the global health system, the COVID-19 recovery, climate change and trade. The UK, in its role as the summit’s host nation for 2021, will then publish a document outlining what has been agreed by the attending leaders.

Local people with learning disabilities, many of whom are supported by the national charity United Response, worked with Devon-based creative groups to help shape the animation’s narrative and storyline. They were supported by staff to help decorate some of the animation’s set, while the five-minute film itself is narrated by people which the charity supports. 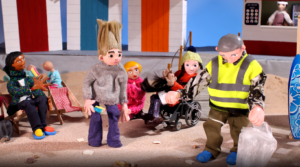 The early stages of the animation’s planning and scriptwriting took place remotely via Zoom during April and May, as restrictive lockdown measures continued to limit face-to-face interaction in the region. As part of the animation’s launch, those involved in the production have also recorded a behind-the-scenes documentary looking at how the short film was made and how the idea came about.

Both the animation and a behind the scenes documentary are available on United Response’s YouTube channel.

The new climate change animation – titled Zack’s Story – is the third production from the Devon group over the past year. 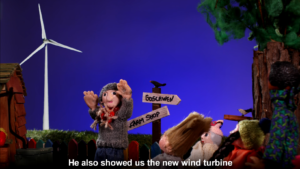 It is increasingly believed that disabled people could be disproportionately affected by the knock-on effects of climate change, such as natural disasters. A recent United Nations survey found that nearly three-quarters (72%) of disabled people have no personal preparedness for natural disasters and nearly 80% would not be able to easily evacuate their homes should disaster strike.

The United Nations is pushing for true inclusion when it comes to disaster response, especially in the face of ever-growing concerns over climate change.

Kate Conroy, Senior Service Manager for United Response’s Wellbeing Devon project, said, ‘We decided to make this animation because of the G7 summit coming to Cornwall. It is an important opportunity to raise awareness of the bigger issues around climate change and help people understand the difference they can make so we can all live a more sustainable life.

'We want the G7 to listen to the voices of people with learning disabilities and hope this animation will help disabled people realise they can make a difference too – we want to involve everyone in the fight against climate change.’

Visit the United Response website for more information about their work.

In a CMM feature, Michael Fullerton, Director of Health and Wellbeing at Achieve together, says now is the time to empower, not marginalise, people with learning disabilities. 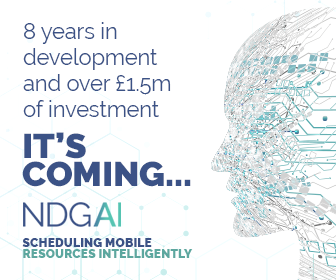