The Migration Advisory Committee (MAC) has published its new report this week, providing recommendations on how to address issues the sector is experiencing.

Following the initial commission, on 15th December 2021, the Committee published its Annual Report, which included an update on this commission and an interim recommendation to immediately make care workers and home carers eligible for the Health and Care Worker Visa and place the occupation on the Shortage Occupation List (SOL). The Government accepted this recommendation on 24th December 2021.

The report identifies funding and immigration policy as possible solutions to alleviate some of these issues and recommends a broader strategic and whole system approach. The report recommends that the Government fully funds a minimum rate of pay for care workers in England that is above the National Living Wage (NLW), where care is provided through public funds, at a minimum rate of £10.50 per hour.

Some of the recommendations include:

Responding to the (MAC) report on Adult Social Care and Immigration published today, Vic Rayner OBE, CEO of NCF and member of the social care expert advisory supporting the MAC with this work, said, ‘The report reiterates some very important issues affecting the social care sector, which as an organisation we have been raising for many months. The issues of underfunding and how this continues to exacerbate challenges to providers runs through the entire report, including the effects of increased demand for care, high staff vacancy and turnover rates and the impact of low pay and the care workforce challenges.

‘Furthermore, we fully support MAC’s endorsement of the views expressed by the Health and Social Care Committee for DHSC to produce a “People Plan” for social care in alignment with the NHS and echo their recommendation that DHSC, and the comparable bodies in the Devolved Administrations, develop a coherent workforce plan in consultation with the sector for a coherent workforce strategy between health and care. The fact that the Health & Care Bill has been passed today with no requirement for the Government to deliver joint workforce planning or both health and social care really is a missed opportunity.

‘The findings of this report provide further evidence of the need for the Government to act on the recommendations as a matter of urgency.’

Dr Rhidian Hughes, Chief Executive of the Voluntary Organisations Disability Group (VODG), said, ‘The Migration Advisory Committee’s report offers a further wake-up call for Government. The Voluntary Organisations Disability Group backs the Committee’s recommendation to fully fund a rate of social care pay above the National Living Wage. A fully funded £10.50 per hour social care rate would be a good start, but we know the true value of care work is much more. We need to be ambitious in rewarding talent for much-needed social care.’

Calling on the Government, Rhidian Hughes added, ‘We urge Government to embrace the Committee’s recommendations. This will require Government to release additional funding for the care workforce. At present, charities are prevented from improving pay rates because funding passed down by central Government to local authorities falls woefully insufficient.’

Visit the UK Government website to read the report in full.

In other news, Government policies on discharging untested patients from hospital to care homes in England at the start of the COVID-19 pandemic have been ruled unlawful by the High Court today. 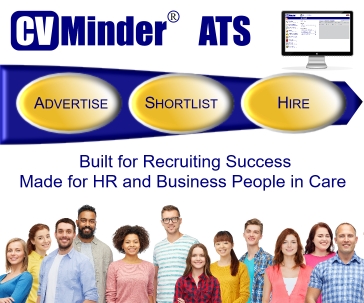