Research released for Carers Week (7th – 13th June 2021) has found that carers lost, on average, 25 hours of support a month they previously had from services or family and friends before the pandemic.

According to the report: Breaks or Breakdown Carers Week 2021, Over the past year, the COVID-19 pandemic has had a significant impact on carers’ ability to access breaks. Not only are most carers (81%) providing more care than before the pandemic but also their responsibility has outgrown the support.

Carers UK carried out an online survey between 8th April and 25th April 2021. A total of 2,850 carers and former carers responded to the survey. This included 2,754 current carers and 96 former carers. Compared to the carer population, respondents to this survey were more likely to be female and caring for a high number of hours every week.

Some of the key findings from the research:

How do we define a break from care?

Carers UK said a break is time off from caring and a chance to do things they would like to do but can’t do while they are caring – everyday things such as catching up with friends, going for a walk, or simply catching up on sleep. It could be for 30 minutes, an afternoon, or a week. A break could be provided by accessing care services such as replacement care, sitting services, a day service, or through support from family and friends providing either respite or essential care.

The six charities supporting Carers Week - Carers UK, Age UK, Carers Trust, Motor Neurone Disease Association, Oxfam GB and Rethink Mental Illness - are calling on the UK Government to provide £1.2 billion funding for unpaid carers’ breaks, so that those providing upwards of 50 hours of care are able to take time off for their own health and wellbeing.

On behalf of Carers Week charities Helen Walker, Chief Executive of Carers UK, said, ‘Without the right support, the stress and challenges of the last year could lead to far more carers breaking down. It is essential that the Government ensures that carers can take breaks and that those providing upwards of 50 hours of care each week get a funded break. Unpaid carers need hope and support in the future and they must be at the heart of the Government’s plans for social care reform.’

Commenting on the recognition of carers, Group CEO of Agincare, Raina Summerson said, ‘We must never forget that there are millions of unpaid carers who also need better reward and recognition for what they do every day to support those they care for. COVID-19 and ongoing funding pressures have impacted hugely on the physical and mental wellbeing of unpaid carers, and we ignore this at our peril – there are significant moral, social, and economic implications of doing so.’

According to the King's Fund, unpaid carers – usually, but not always, family members – contribute the equivalent of four million paid care workers to the social care system. Without them, the system would collapse.

Senior Fellow in social care at the King's Fund, Simon Bottery has explored the trends relating to carers receiving support from their local authority.  Simon Bottery told CMM, ‘The trend in local authority support for family carers is, at best, mixed over the last few years. In 2019/20, more carers received support such as advice, information, and signposting than in 2015/16 but fewer received ‘cash’ support like direct payments, and fewer received respite care. All this suggests that cash-strapped councils have tried to keep a tight rein on spending on carers, as they have in many other areas. However, we don’t know how this may have been affected by COVID-19, when millions of people took on new caring roles because services such as day centres closed, and people were unwilling to use formal care services for fear of infection.’

Visit the Carers Week website to read the report in full.

« Unpaid carers provide an average of 26 hours of care a week, says survey 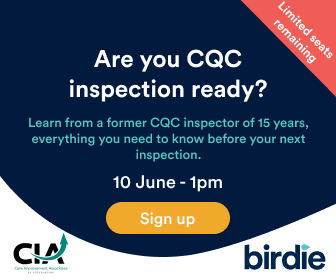 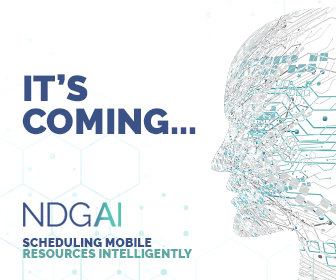