In this special edition of the Celebrating Excellence feature, we catch up with the Foundation to learn how their work has progressed since winning the award and how it has provided an opportunity to create new relationships.

Lagan’s Foundation was founded in 2011 by Chief Executive, Carren Bell after tragically losing her baby girl, Lagan, at 15 weeks old after battling a heart condition.

After believing there was a service missing in the community, Carren vowed to do her best to make sure no parent or guardian ever had to suffer the same struggles she had to with the lack of support from community nurses at home with her poorly child.

Fast forward eight years and in 2019, Carren won the Leadership Award at the Markel 3rd Sector Care Awards, receiving her accolade at the Marriott Hotel in Grosvenor Square, London. After receiving the award, she said, ‘The awards have at least given us a national platform. My sincere hope is that by receiving this leadership accolade, more people learn about us; but also, that there is increased awareness that charities like ours are providing such a special service that needs valuing properly.

‘I am of course also hopeful that it bolsters Bolton. Although the picture is gradually changing, I also wish it to remind women that they can break through the glass ceiling and found and lead an organisation compassionately and successfully.

‘Most of all, I want it to spread the message that you should take heart that in the wake of tragedy, good can rise. But, for all the demonstrative achievements my team at Lagan’s has given me, the fact that it honours the name of my little girl is the proudest.

‘I am really humbled to have received this award, but I really believe it is about the work that our carers and everyone associated with Lagan’s has put in.’ 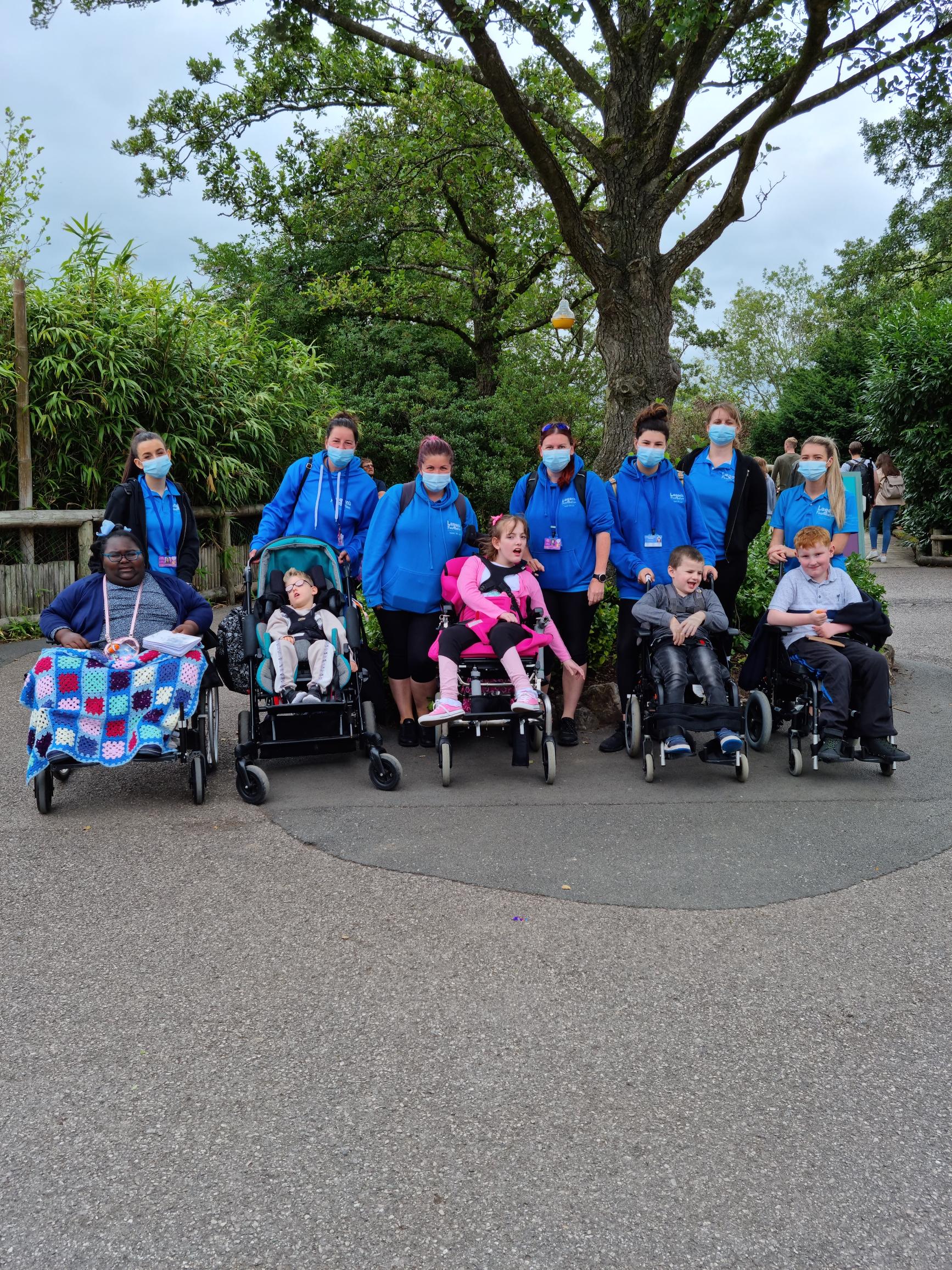 As an organisation, the services Lagan’s Foundation provides are constantly in need by the public. The foundation currently has a backlog of cases that are waiting for support. In the past few months, five new members of staff have been interviewed which will allow more cases to be taken on and more families to be offered support.

The Lagan’s team has grown from strength to strength in the past few years. It took a hit during lockdown when all volunteers were lost. This meant contracted carers took on more hours to continue providing care to their families.

Since lockdown and restrictions have lifted, the foundation has been able to expand not only its care team but also the back-office team. In the past six months Lagan’s has taken on five new care staff, a Manchester Team Leader, Business Development Manager, Marketing Assistant and HR & Compliance Officer. The thought process being that by expanding the back-office team, it will allow more work to be done to expand and support the care team.

About her team, Carren said, ‘It is so important that our charity and our community is recognised at a national level. Without the kindness and support of the people around me, Lagan’s Foundation would never have been able to help parents in the tragic situation that I was once in. They have truly changed lives for the better.’ 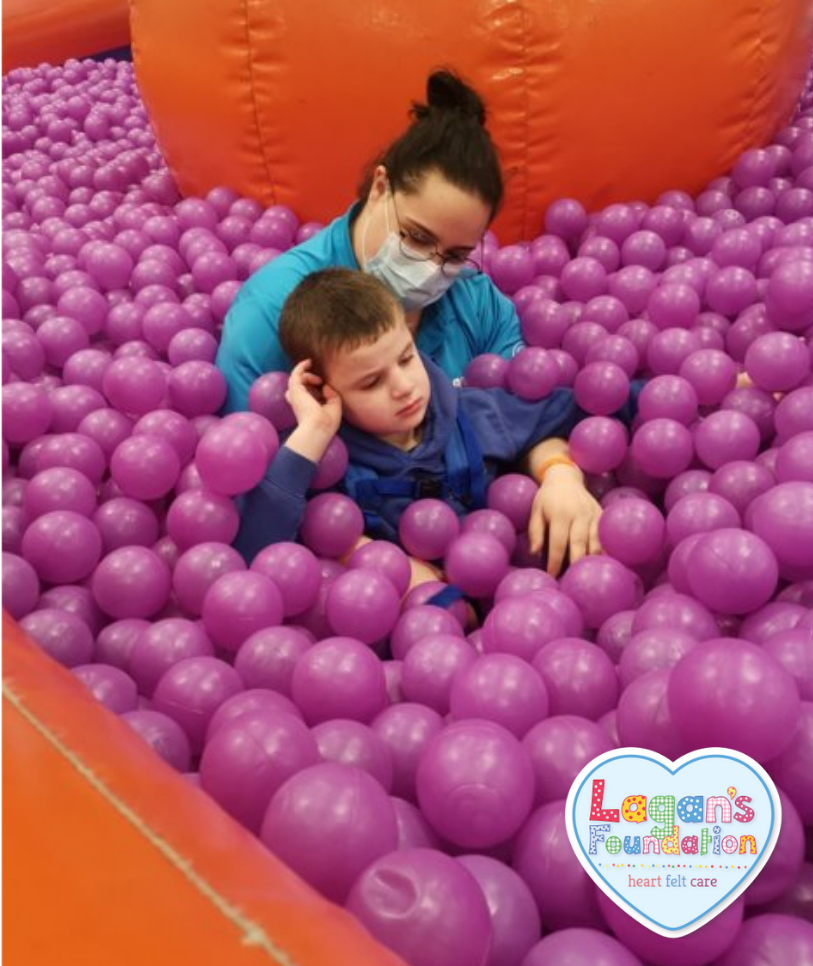 As a result of COVID-19, Carren was initially unable to use the accolade and promote the fact she had received the award. The world was focusing on the pandemic and the problems everyone was about to face. This meant that in the 18 months following the award win, Carren was unable to take the opportunity to do anything with it, remarking, ‘We have started promoting it now but two years after it feels not as great in some ways, although I am super proud of achieving the award.’

Unfortunately, the lack of ability to promote the award caused by the pandemic meant the charity hasn’t yet had any referrals or donations as a direct result of the award win, but it is hoping that in time it will be able to connect with other award winners and professionals associated with the awards whom it can work with.

After more than two years since winning the award, Carren and the foundation have finally been able to promote the award at events and networking groups in person and there has been a great response. Lagan’s Business Development Team has recently created several social media posts about the leadership award win and there has been a fantastic number of shares and replies to the content.

When talking about the day she received the award, Carren said, ‘We networked a little whilst there and got to know some of the winners and we like and share their posts too. Sadly, my Eldest, Ceridwen, was hospitalised that night so we had to rush back from London to Bolton meaning we missed half of the day, but I am hoping one day we get the chance to go back to the awards again as it was a fantastic day.’

With the ceremony now less than one month away, CMM is thrilled to reveal a brand new host to announce our winners on Friday 4th March at the Grand Hotel in Birmingham. Angela Rippon CBE, television journalist, newsreader, writer and presenter, will be joining the CMM team in welcoming all finalists and their guests to the awards ceremony.

Angela was appointed Commander of the Order of the British Empire (CBE) in the 2017 New Year Honours for services to dementia care in her role as development lead with Dementia Friendly Communities.

The Markel UK 3rd Sector Care Awards is run specifically for the voluntary care and support sector. Visit www.3rdsectorcareawards.co.uk to view the 2020 event winners, find out more about this year’s event, and book your tickets. Sponsorship opportunities are available.

Celebrating Excellence in End of Life Care and Campaigning for Change